what is the difference between cp and xp 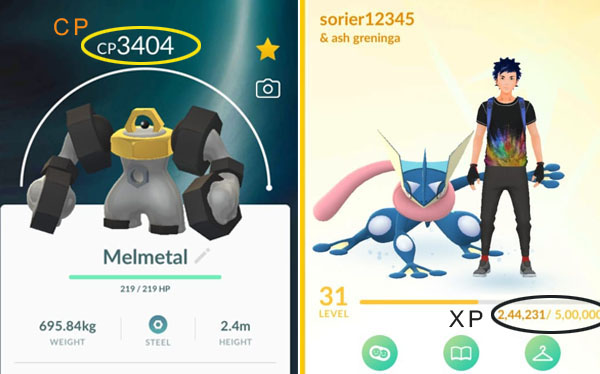 What is CP in pokemon go game

what is xp in the pokemon go game

XP is the power that is used to calculate the rank of the pokemon trainer. Basing on the XP the rank will be awarded to the trainer. Ranking shows the required XP for enhancing the rank and at the same time, you can view the total XP down under that.

cp or xp, which one is important

CP and XP and different concepts and has different properties. Both are important to a trainer. More CP helps the pokemon to sustain for more time while on the other hand, XP shows the ranking of the trainer. Higher the XP, better the position. XP also helps in evolving the pokemon with best CP.